Although we are unlikely to be able to pack shoeboxes with the children this year due to covid, we are still able to collect items for the shoebox appeal. As with last year, we are supporting Link to Hope, who donate the shoeboxes to families and to the elderly. We will be collecting, toiletries, stationery items, playing cards, sweets, as well as gloves, hats and scarves for the boxes. There will be a box for donations at the back of the church in the coming weeks.

Any questions, please contact me, a box will be provided for your gifts at the back of the church in the coming weeks. If you would like to know more contact Sue Clack at the Sunday service or telephone the parish office. Although Sunday Club is not running at present, it would be great to include drawings from the children in the shoeboxes.

All Churches hold an important position in the community.  We are committed to following clearly laid down procedures so that all who work with children, young people and vulnerable adults, as well as the church’s leaders, know how to:

Fully mindful of this responsibility, we have reviewed and updated Christ Church’s policy on safeguarding. All the members of our staff and lay teams have been re-issued with the revised policy and are fully committed to its application. You can read our Safe Guarding Policy in full here, or along with our other policies on our website: https://www.christchurchswindon.co.uk/blog/our-policies/

We are looking for someone who is passionate about developing families within the church and the wider community alongside the ministers and team. This is a new post building on a foundation of previous successful lay work. Active links with local schools are in place. As a church we are excited about this new opportunity. If you share this excitement we’d love to hear from you. 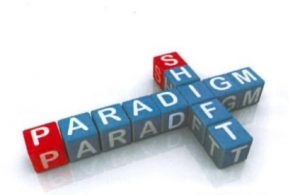 document to Nicola Stevenette or David Howell, or via the Parish Office email: parishoffice@christchurchswindon.co.uk.

re’s lots to do this Autumn so we have put together a handy guide with everything you need to know about our children and young people’s activities in Christ Church and out and about.

It includes details of how we welcome children and young families into church services, all about our Sunday Club and details of other young people’s activities and services during the coming Autumn.

Trudie opened the meeting with prayer

Review of Action Points from Meeting on 11 October 2012

Purchase of Bibles for Church:  These have been bought and a bookcase is being sought to place them just outside the lady chapel.  A generous donation had been made towards these so the money allocated for this purchase remains in the budget.   Trudie recently visited Commonweal School with a placement at SYFC.  Some of the young people there would like a bible and it was proposed and agreed that £50 from last year’s C & YP budget be given to SYFC towards the purchase of Youth Bibles for these young people.

ACTION:  Liaise with Ian re £50 for SYFC towards purchase of bibles        Trudie

Budget:  Trudie has spoken to Ian [Treasurer] and agreed that any outstanding purchases which had been allowed for in last year’s budget can be claimed but claims need to be presented asap:  Jim for purchase of Xbox, Christmas BBQ and Doom painting materials [approx £130] and Janice for purchase of storage boxes [£37.50].  This will then complete purchases from the 2012 budget with approx £200 unspent.

Growing Young Leaders:  Mahima Patole’s name had been put forward but the course will not start in Swindon until September 2013.  It is possible that other names may be considered then too.

Hot Chocolate Rota:  It has been decided that, due to lack of space, hot chocolate will not be served in church during the reordering of the church centre.

Welcome Rota:  Trudie has spoken to some families and it is often difficult for families to arrive early but they are happy to be asked to assist if they are in time.   Children and young people are noticeably more involved in handing out service sheets, etc and bringing the offering forward.

Special Needs Coordinator:  Verity working on this and to carry forward.

Communion before Confirmation:  PCC have agreed that Communion before Confirmation proposal is taken forward.  Jim has volunteered to help present this with Trudie and work through the process and guidelines.  The timing of this was discussed – three to four months to process and a month to prepare children.  Important that Simon is present whilst this happens so need to consider whether it will take place before or after his extended study leave later this year.

Key Training:  Trudie and Elise have attended Key 1.  No dates yet available for 2013.

Y1 Welcome:  Children and young people on the welcoming rota happening a little more often.  Provision of hot chocolate has been successful.  Announcements re child provision at the start of services is not really happening.  Notices are now given at ‘the Peace’.  Trudie to request that child provision info is given as part of the general welcome at the beginning of services.

Y2 Raising profile: General feeling that this is improving.

Y3 Involving C & YP in life of church: Active part in planning and delivering is hit or miss.  Two ‘champions’ appointed for all age: Margaret Williams and Genny Williams.  It is hoped that others will be more involved with ideas, planning, etc.  Tracy willing to coordinate a music group for C & YP.

It was felt that the survey of children, young people and parents would be best left until September or even later in the year when groups have been re-established in the new church centre.

Jim reported that the youth group will still meet during the re-ordering of the church centre though Charlotte Mews Hall is not suitable for this and it is hoped to meet at Bath Road Church.  Trudie will liaise with Mark Barrett about this.  Numbers vary from week to week and it is hoped to re launch once the new centre is available for use.  Planning to offer more games [Xbox and ?table tennis or pool table] to create more of a youth club feel.  Information to be taken into schools, especially Commonweal, where Elise and Ali will visit with Trudie when Youth Bibles are taken in.  Youth team would like to visit Sunday Club to speak to the older children about the Youth Group and also speak about their work as part of a Sunday morning service.

Janice reported that, following discussion with leaders and parents, it had been decided that Sunday Club would not be relocated at Charlotte Mews Hall during the re-ordering of the Church Centre.  It had been proposed and agreed that the children’s groups would be accommodated in church [South Transept, North Transept and Canon Thomas corner].  Where possible the children would also spend some time outside.

Y5  Support and prayer for local schools:  Chocolates taken in for staff at Christmas and Trudie will ensure that chocolate is taken in at Easter.  School assemblies are going very well.

Y6  Explore outreach to C & YP:  Launch of Messy Church well underway.  Advent Angels a successful event.  Plans for this year’s Summer Holiday Club also underway.  There will not be a Good Friday Workshop this Easter due to re-ordering of Church Centre.

Date of next meeting:   Wednesday 8th May, 7.30pm at the Parish Office

The committee has agreed a programme of activities both short and medium term.